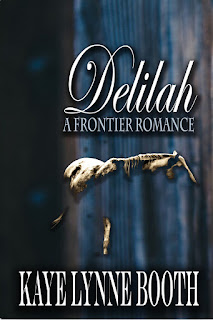 Summary of her novel, Delilah, from Amazon:


An exciting new Western in the style of Robert J. Thomas, Ralph Cotton, and A.H. Holt filled with action, adventure and plot twists such as M. Allen, Robert Vaughan, and G.P. Hutchinson! This is one of THE Western adventures of 2017!

In 1882, Delilah, a tough and determined young woman, is released from prison after two years. Delilah and her sixteen-year-old friend, Sarah, head to San Luis to find out what’s left of her home. While on the trail, Sarah and Delilah get separated. Sarah is attacked and raped by two men, who take her captive. Delilah goes in search of Sarah, determined to save her and to make her captors pay. She trails them into the mining towns in the high country of the Colorado. Along the way, she has to battle wolves, bears and ruffians in pursuit of her friend. But it’s not all desperation; she also meets new and colorful characters, encounters Indians and learns to love again. Savor a sample of the true flavor of the Colorado frontier with Delilah.

Kaye Lynne Booth
Writing to be Read
Delilah on Facebook